Be the first to review this product
£13.30
In stock
SKU
167329
Add to Wish List Add to Compare
Golden foliage and beautiful pink flower heads in summer
Skip to the end of the images gallery 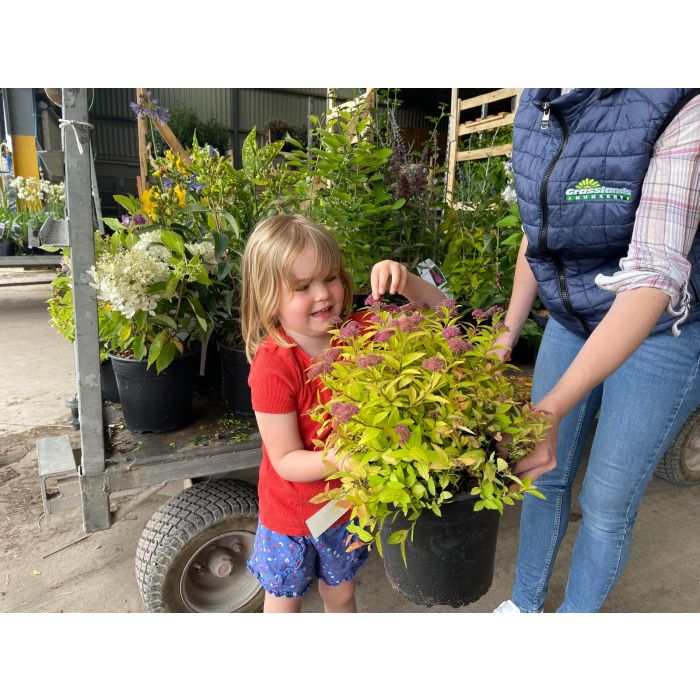 Spiraea or Rosaceae are deciduous or semi-evergreen shrubs which are found in woodlands or along river-banks. Smaller shrubs can also be planted as part of a rockery.

The pruning of this shrub does vary depending on the species but the general rule is to cut young stems back in early spring on those who flower on the current year’s growth.

Spiraea jap. Little Flame Golden foliage, particularly bright in spring on young shoots. In early summer,corymbs of light pink flowers. It forms a small compact bush, easy to maintain, which will be ideal in beds, rock gardens, borders or in containers on the terrace, the balcony. It will grow in any good soil that is not too heavy. H.50sm 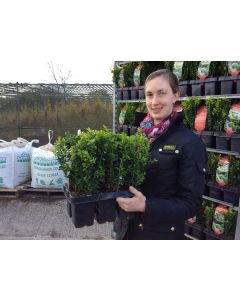 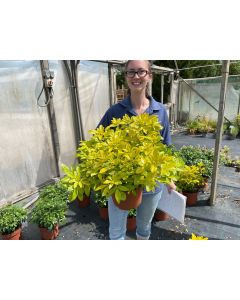