Be the first to review this product
£4.55
In stock
SKU
161909
Add to Wish List Add to Compare
Email
Geranium sanguineum Album have deeply lobed, green leaves that change to orange-red in autumn, with cup shaped white flowers from late spring onwards
Skip to the end of the images gallery 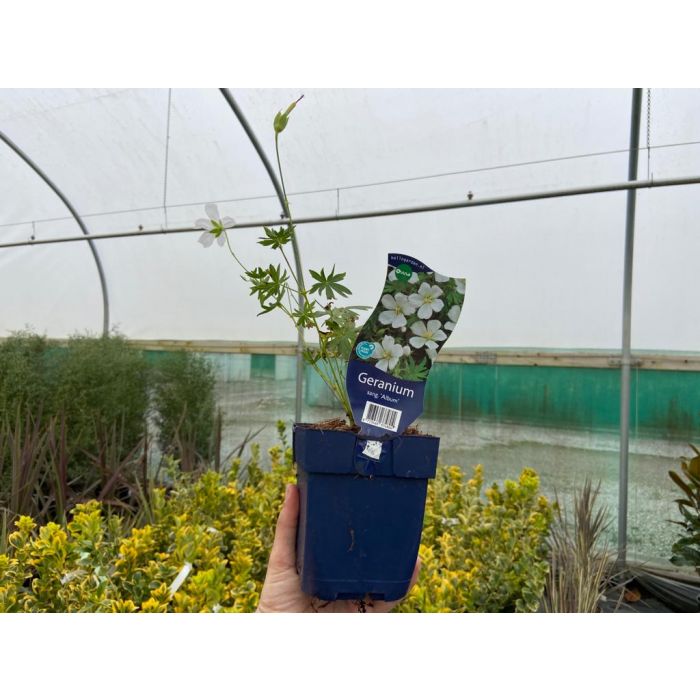 Geraniums also known as cranesbills have masses of divided green leaves and dainty cup shaped flowers often with distinctive veining, that last throughout the summer. Geraniums are the perfect perennial for ground cover, slopes and drooping over the side of pots and baskets.

Grow Cranesbill in nice healthy soil in sun or half shade, they tolerate hard pruning in Autumn. The name cranesbill derives from the bird 'Crane' which is one of the largest flying birds in the world, it is said that on some varieties the fruit pods resemble the cranes long beak.

More Information
Reviews
Write Your Own Review
Questions (0)
Ask Your Question
You have no approved questions.

The Nursery and Website are open as usual. Deliveries lead times are not affected.